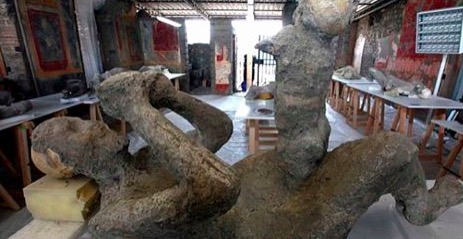 Entombed in ash for more than 1,900 years, the tragic story behind this haunting image of what appears to be a child resting on its terrified mother’s stomach is a step closer to being revealed.

Restorers are working on the carefully preserved plaster casts of 86 of the Romans trapped in Pompeii in 79 AD following the deadly eruption of Mount Vesuvius, including a child seemingly frozen in terror.

It is thought the boy was four, based on his size, and was sheltering in a location dubbed House of the Golden Bracelet with his family, when tragedy struck. 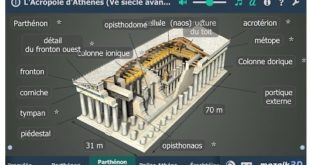 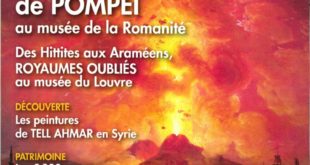 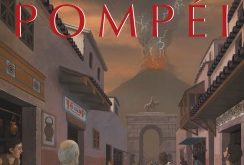 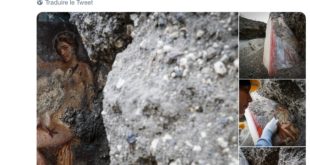 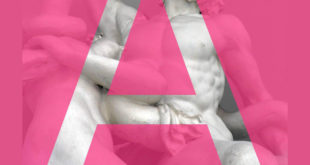