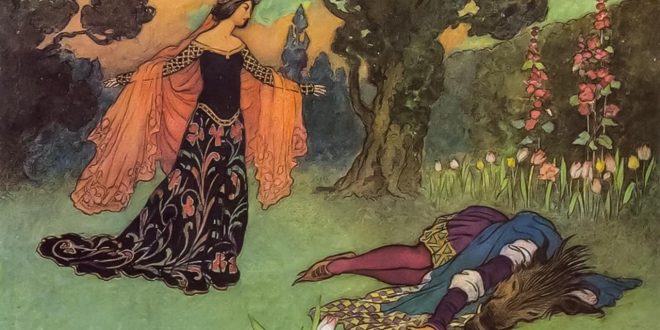 Science Mag / Some fairy tales may be 6000 years old

When it comes to the origin of Western fairy tales, the 19th century Brothers Grimm get a lot of the credit. Few scholars believe the Grimms were actually responsible for creating the tales, but academics probably didn’t realize how old many of these stories really are. A new study, which treats these fables like an evolving species, finds that some may have originated as long as 6000 years ago.

The basis for the new study, published in Royal Society Open Science, is a massive online repository of more than 2000 distinct tales from different Indo-European cultures known as the Aarne–Thompson–Uther Index, which was compiled in 2004. Although not all researchers agree on the specifics, all modern Indo-European cultures (encompassing all of Europe and much of Asia) descended from the Proto-Indo-European people who lived during the Neolithic Period (10,200 B.C.E.–2000 B.C.E.) in Eastern Europe. Much of the world’s modern language is thought to have evolved from them.